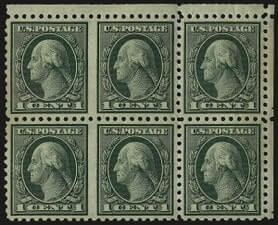 This is one of the rarest of the imperforate-between errors — only one other appeared in Power Search, which was offered in 2000 and then subsequently in the Floyd sale (it has an internal crease).