A statistic has been revealed by the UN indicating that Indian women ranked 3rd in the world for abusing and beating their husbands.

The bitter truth is the ignorant behavior that we, as a society endure and neglect that even men, suffer in silence. While it is true that even women suffer at the hands of a bad marriage, one can also not let go of the fact that men are also at the receiving end. There is a drastic need for a shift in our country since our society is usually more sympathetic and forgiving when it comes to women. It is not only what society think but Indian government attitude towards men is pathetic. Ministers openly call all Men are criminals, Coz all laws are made in favor of Women and not a single law for men nor any remedy even misuse of these laws is widespread.

Same we asked Government opinion about UN statistics on Women beating their husbands in India and here is the reply; its a clear proof of Governments attitude towards Men. No Explanation needed. 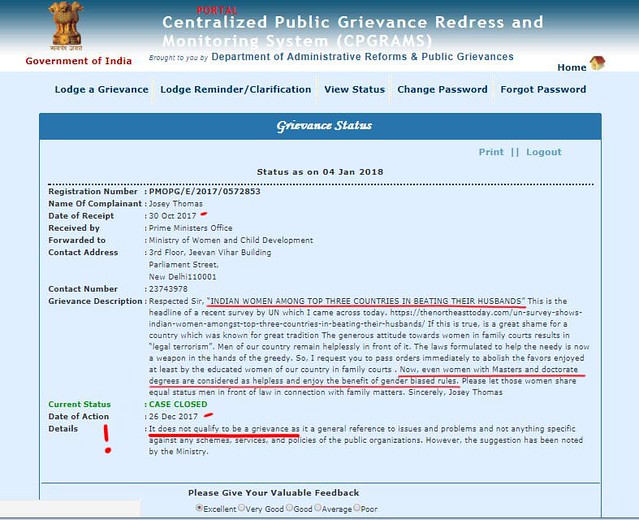 FUNNY THINGS IS THIS UN SURVEY NOWHERE SAYS INDIAN MEN ARE BEATING THEIR WIVES. but Indian Government reservs millions of Rupees Funding only for Women, that’s the BIAS and None for Men.