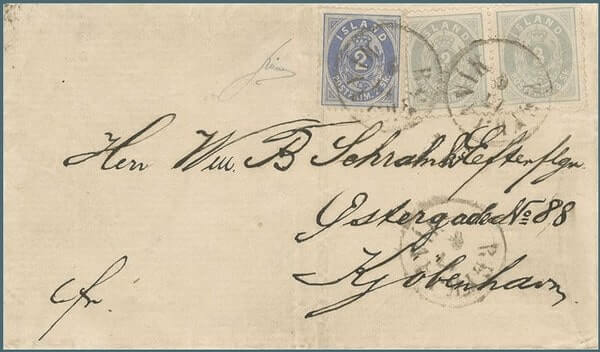 3 Skilling is one of the first definitive postage stamps of Iceland that was issued in 1873. The pair of 3sk gray in combination with 2sk on cover, all tied by Reykjavik 17.6 cds, with “Kjobenhavn 28.6” arrival on reverse. The 3sk stamps feature average centering, and are in a very fine condition. Considered as a major philatelic rarity, was offered by Cherrystone at its auction that took place in June, 2006, and the unique 3 Skilling on cover was sold for $91,000.