Divorced women generally are the most financially stable due to free Money in the name of alimony and maintenance.

The Nisha Sharma was portrayed as a youth icon and a role model for other women in India, because of her anti-dowry lawsuit. The case got much coverage from Indian and international media. It began in 2003 when Nisha Sharma accused her prospective groom, Munish Dalal, of demanding dowry. However, it was later found that the Nisha had fabricated the charges to wiggle out of the wedding, and in 2012 all accused were acquitted.

There are more divorced women in India as compared to earlier times.
As per the news article of 25 Jun 2019, 11:45 PM IST in MINT- a newspaper in India, the non-marriage shares only 1% while the no of divorcees has doubled over the past two decades. The complete article can be found here.

Indiafacts.in says that ‘The divorce rate in India is increasing among the young married couples,’ according to a report in Hindustan times, the reasons are the waning influence of the family and joint family; the growing psychological and financial independence of women; late marriages resulting in a greater reluctance to compromise or change set ways and lifestyles. The complete article can be found here.

An article in Quora states: Divorce even after years of being married among young couples are increasing at skyrocketing scale particularly in urban and metro cities. About 40 percent marriages in Delhi, Mumbai are ended in divorce. The scale of growing number of divorce in urban areas can be measured by the fact that in 1980s, the New Delhi had only two courts dealing in such cases, now there are 16 such courts in national capital. While, in Mumbai, there are around seven such courts where each court has 100 divorce related issues to tackle every day. The complete article can be found here.

Women in India prefer to be divorced rather than choosing not to marry, as marriage is a guaranteed, non-diminishing source of income for women. There are many instances where women choose to get married and then run away from the matrimonial home within a very smaller period and then file false cases of dowry, domestic violence, etc. to earn money in the name of maintenance, compensation, alimony to enjoy singlehood with free income for the lifetime.

Actually, women today are running away from responsibilities as a wife, daughter in law, mother. Women today are very afraid to carry out responsibilities. The fake feminists, government, lawmakers are supporting them by making more stringent gender biased laws, whereas non action against fake cases.

The main idea is to remain single without any burden of responsibilities and enjoy easy money. Males and their families are being made a punching bag for these women to satisfy their ill psychological needs.

Below is a screen capture of an RTI, data collected from High Court of Karnataka for the period of 5 years since 2012 which states that conviction rate has never exceeded 4.24%, In other words it can be said that only a very small percent cases were genuine. And rest were fake cases filed with mala-fide intention to harass husbands and their families in order to fulfil their ill psychological needs. 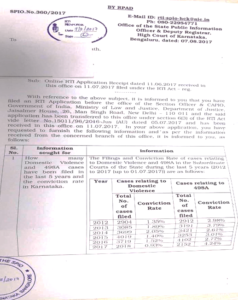 Owing to this fake cases and breakdown of families are increasing drastically. The data for same is available on NCRB website. NGO MyNation Hope Foundation has collected some of the data The complete article can be found here. 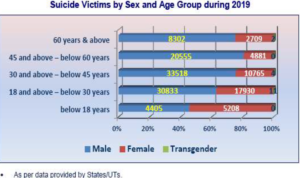 IN TODAY’S WORLD, INDIAN WOMEN CONSIDER DIVORCE A SYMBOL OF BEING MODERN, INDEPENDENT AND EMPOWERED. EARLIER DIVORCING A WOMAN WAS CONSIDERED A CURSE. BUT THESE DAYS, GETTING A DIVORCE DOES NOT REFLECT A WOMAN’S HELPLESS SITUATION, RATHER IT IS A MATTER OF PROXY REPUTATION. THESE DAYS, WITH HEAVY ALIMONY, COMPENSATION AND MAINTENANCE, DIVORCE SIGNIFIES A HIGH STATUS.