Martyrs of Marriage ~ A Documentary Film on Misuse of IPC 498A

PLEASE JOIN US AND SUPPORT US. 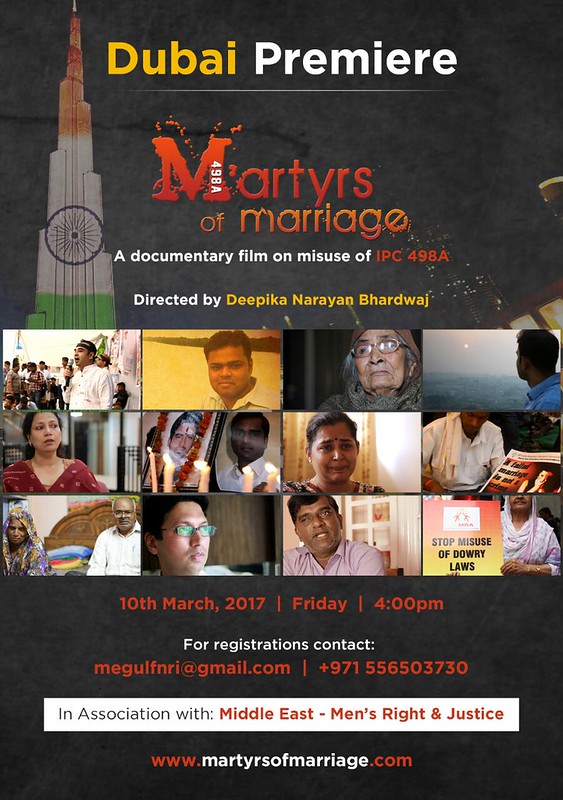 ABOUT PRODUCER : Deepika Narayan Bhardwaj is a Journalist, Anchor and a Documentary Filmmaker. Her first documentary ‘Gramin Dak Sevak’ was Jeevika All Asia Livelihood Film Festival 2009, student film winner. Her second documentary ‘Youth Count’ was broadcast on India’s leading News channel NDTV 24×7. Her third project ‘Garima’ was a commissioned, short documentary film by USAID and Counterpart International. A software engineer turned Journalist, she was one of the ten media professionals selected from around the world for ‘Future Media Leaders Course’ conducted by Thomson Foundation, UK. Her latest documentary called “Martyrs of Marriage” which is a commentary on the issue of Men’s right and abuse of one-sided gender centric laws in the Indian Penal Code.