Dear Sidhu,
The session yesterday appears pretty monologue. It is an absolute waste of 2 hours of my time.
Session did not have any convincing FACTS shared nor a single highlighted case.
Even the mention of BoisLockerRoom now turned out to be a hoax, a girl in the disguise of a BOY had sent those messages.
But the media is sssh sssh now after knowing it is a girl.
No surprise from MEDIA as they always reported DV as one sided even if the actual story is MEN hit BY women calling for HELP.
Chandigarh: 1,774 men called helpline in April, alleged domestic violence, says NGO

The Trustees of the NGO, however, say that the average number of calls attended during the lockdown have reduced… 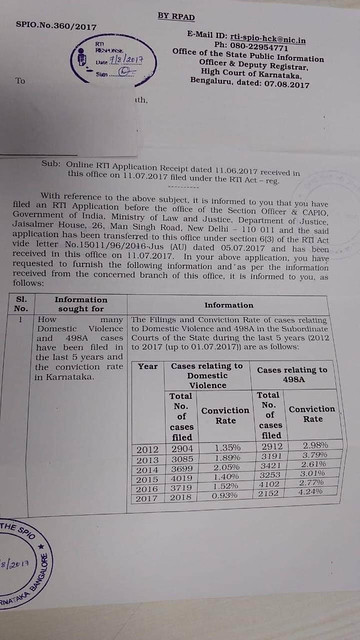 It is a SHAME on you, to hold such calls without a point on this vital data.
If not for these half baked ACTs, many crooked lawyers, feminists and courts would loose the multi crore rupee industry of sucking money and blood of middle class families.
Javed calling 90% men are incompetent is a quite derogatory on MEN.
Jaising is just on her own thoughts. Her comment on Courts are going see-saw, with progressive and conservative is a defamatory remark on courts.
When in her favour it is progressive, else it is not.
Million more such FALSE MYTHs in the session.
Anyway, it was a BIASED call with no person worth discussing about it.
Most of the DV cases are WIVES harassing their own family WOMEN and hypocrites call it for WOMEN.

All above panelists comments on Men as well as Indian Judiciary system comes under various penal sections of the law of the land but Bar council of Punjab and Harayana enjoying it hosting and supporting it.

We were expecting it to be a bit open end discussion, as it was more of dumping thoughts of a panelist rather than a open ended discussion, my questions were never taken and the questions were feminist oriented and boislockerroomcase was discussed which in no manner is domestic violence during covid times, I hope the future debate won’t be gender biased as I see now that most high ended panelist in this session are having a feminist mindset which is a dangerous precedent for any nation.The feminist approach has led to lot innocent men dying day by day and there are countless examples and also the most recently teen Manav Singh was also lost life because of this biasedness or boislockeroomcase, bring both sides of panelist and not one sided feminist on the panel.

Please forward this to all panelists if you can. They need to be shown their face in the feedback mirror.

From : Ramesh Thatisetti on behalf of HuMANity